Defense contractor Babcock announced it has down selected the Bell 429 aircraft for its bid to supply a new helicopter for the Australian Special Operations forces.

Australia intends to procure up to 16 helicopters as part of the Land 2097 Phase 4 project. The helicopters will perform counter terrorism, combat SAR and special operational recovery missions.

The new helicopter will complement the MRH90 Taipan by improving mobility, firepower and situational awareness effects available to special operations. Due to its smaller size, the helicopter is expected to be optimized for operations within dense urban terrain and be rapidly deployable via a C-17A Globemaster.

Babcock Australasia’s managing director – land, Graeme Nayler, said the Bell 429 Global Ranger was assessed to be the most suitable helicopter in response to the evolving needs of the Australian Defense Forces.

“The Bell 429 has a relatively new paramilitary design, with high levels of safety, role flexibility and performance that will meet the demands of Australian Special Forces,” he said. “Working together, Babcock and Bell draw on a global track record of successful helicopter operations to deliver a trusted solution.”

Babcock noted the 429 would be customized to meet the specific requirements of Australian Special Forces. The Global Ranger is already in use with the Royal Australian Navy, which uses the helicopter for SAR missions, training and utility operations.

Airbus earlier announced that it would offer its H145M military multi-role helicopter for the bid. 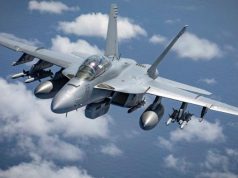