The 49th edition of Baltic Operations (BALTOPS 2020), an international maritime-focused exercise in the Baltic Region, officially kicked off on June 7.

Between June 7-16, air and maritime assets from 19 NATO allies and partner nations will participate in live training events that include air defence, anti-submarine warfare, maritime interdiction, and mine countermeasure operations.

For the first time, the exercise will be commanded ashore by Naval Striking and Support Forces NATO (STRIKFORNATO) at its headquarters in Lisbon, Portugal through its new maritime operations center.

BALTOPS 2020 is divided into two at sea training phases: the combat enhancement training (CET) and force integration training (FIT) portion and the final tactical phase of the exercise (TACEX).

During the first six days (the CET/FIT phase) ships and aircraft will rehearse common tactics, techniques, and procedures under a scripted program of events, enabling them to safely operate together as a force.

The exercise will culminate with the TACEX phase where forces will shift into a “free-play” portion, and commanders are given more freedom to run their own tactical programs. The TACEX phase is designed to better represent operating in real-world situations.

In addition to some 29 ships and vessels, the exercise will be attended by over 30 allied aircraft, which will be coordinated from NATO’s Combined Air Operations Centre (CAOC) at Uedem, Germany.

BALTOPS, held in the Baltic region since 1972, is a joint, maritime-focused exercise that brings together NATO Allies and Partners in order to increase interoperability and enhance flexibility among the participants.

To ensure the safety and health of participating military personnel, the exercise will take place exclusively at sea.

“BALTOPS provides the opportunity for NATO and partner nations to operate together, sharing best practices to improve real-world operations,“ said US Vice Adm. Lisa Franchetti, commander, Naval Striking and Support Forces NATO and commander, US 6th Fleet. “Although we’ll conduct this year’s event entirely at sea, BALTOPS 2020 will demonstrate our continuous commitment to regional security and reinforce the inherent flexibility of our combined naval force to operate together under any circumstances.” 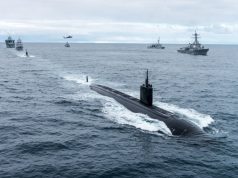 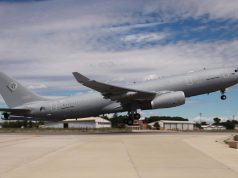 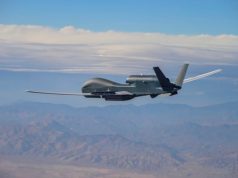