According to GDELS, the contract is worth €1.74 billion (USD $2.06 billion), and includes maintenance and life cycle support, as well as support for the international commercialization of the vehicles.

The company added that the program was expected to grow to a total of approximately 1,000 vehicles.

The vehicle, named “Dragón” by the Spanish Army, is based on the GDELS 8×8 Piranha 5 combat wheeled vehicle and includes all Spanish national technologies required by the Spanish MoD. The vehicles are expected to be delivered over a seven-year period.

As mandated by the Spanish defense ministry, the Spanish industry involvement in the program will be at least 70 percent.

The GDELS-SBS joint venture (JV) will manufacture the 8×8 VCR at GDELS sites in Trubia and Seville, Spain, with the collaboration of the other Spanish JV members. JV members include GDELS-Santa Bárbara Sistemas, Indra Sistemas, Sapa Placencia, and Escribano Mechanical & Engineering.

Spain is procuring the Dragón VCR to replace the Pegaso 3560 BMR armored personnel carriers and Pegaso VEC-M1 reconnaissance vehicles that have been in service since the 1970s and 1980s, respectively. 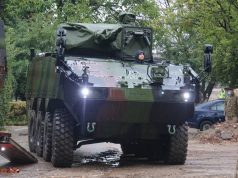 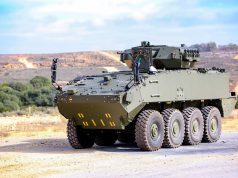