The US Navy is staging a high-end exercise that will see submarines, surface ships, aircraft, and other undersea capabilities hone their anti-submarine warfare skills together in the North Atlantic.

This marks the first time US 2nd Fleet (C2F) and Commander, Submarine Group (SUBGRU) 2 will lead the force.

“The reestablishment of Submarine Group 2 enables the navy and our allies to finely tune our efforts in this resurgent battlespace, and reinforces the critical trans-Atlantic link,” said Vice Adm. Andrew Lewis, Commander, US 2nd Fleet. “Exercises like Black Widow give the undersea force a venue to showcase how we are agile, persistent, flexible, interoperable, and resilient.”

In exercise Black Widow, participating units will refine communication techniques between platforms and simulate real-word application to enhance the lethality of the team as one cohesive fighting force. Black Widow also provides a chance for an increased focus on training in anti-submarine warfare on multiple platforms to enhance strategies and heighten the combat readiness of the fleet.

During the exercise, SUBGRU 2 will work for C2F and SUBLANT, and in cooperation with Undersea Warfare Development Command in Groton, Connecticut, overseeing the tactical operations of all assets to increase the lethality of the fighting forces by forming one cohesive unit.

“Black Widow is a graduate level undersea warfare, building team mastery to ensure superior lethality and undersea dominance in the Atlantic,” said Rear. Adm. Jim Waters, Commander, Submarine Group 2. “I am proud of our team’s ability to work together throughout the unforgiving undersea environment as one effective fighting force in defense of our homeland.”

The navy added that the exercise was an opportunity to develop new doctrine and innovative tactics that address the capabilities of near-peer competitors across a range of missions. 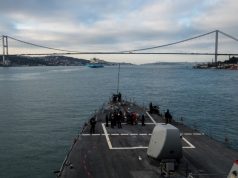 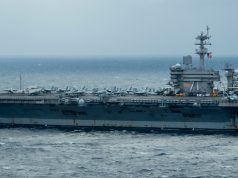