Sixty aircraft went through the modification process that began in late 2012 and was completed in September 2020. The service said the undertaking was completed ahead of schedule.

The Integrated Battle Station was the largest, most complicated modification ever performed on the B-1 and it gave the flight deck a whole new look.

The completed modification will enhance B-1B flight operations and give the crews more flexibility in performing their various missions.

“All aircraft outfitted with the Integrated Battle Station modification enhancements provide the four members of the aircraft with much greater ’battlefield‘ awareness of surrounding threats whether those threats are air-to-air or ground-to-air, and provides a much faster capability to execute both defensive and offensive maneuvers needed in any conflict,” Rodney Shepard, director of the 567th Aircraft Maintenance Squadron, said.

“This upgrade drastically improves aircrew situational awareness with color displays, and enhanced navigation and communication systems are projected to significantly enhance B-1B mission readiness,” Couch said. “Although this closes a chapter, this continues the unprecedented advances of B-1B lethality and aircrew situational awareness for decades to come. All of these benefits are made possible by the IBS upgrade.” 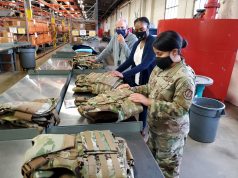 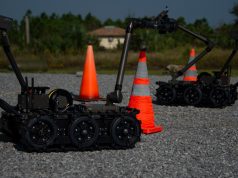