The Pakistan Navy commissioned its second Yarmook-class corvette in a November 12 ceremony in Constanta, Romania, where the ship was built by Dutch shipbuilder Damen.

Officially classified as a corvette, but based on the shipbuilder’s offshore patrol vessel design (OPV 1900), PNS Tabuk is the second of two ships Pakistan ordered from Damen in 2017.

Like her sister vessel, PNS Tabuk is a multipurpose platform, capable of performing a variety of operations with the ability to launch both RHIBs and helicopters and unmanned aerial vehicles. The ships are equipped with a main gun, anti-ship missile launchers and machine guns.

“Damen has been involved in many projects in Pakistan since 1986 and we are very proud of this long-lasting and trusting cooperation,” managing director of Damen Shipyards Galati Flemming Sorensen, speaking at the event, said.

The corvettes are not the only two naval newbuilds Pakistan has bought abroad in recent years. The country is also buying Type 054A/P frigates from China and Turkish MILGEM corvettes. Pakistan’s Karachi Shipyard and Engineering Works will build two of the ships while two will be built by Turkey’s Istanbul Shipyard. Pakistan also bought fleet replenishment tanker PNS Moawin (A39) from Turkey and commissioned it in 2018. 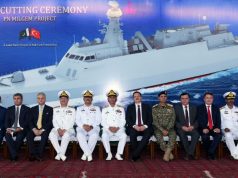 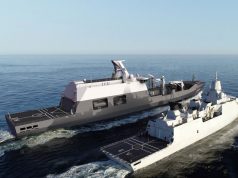 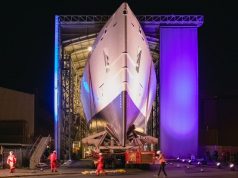