The UK defense ministry’s budget will see an increase of £24.1 billion (approx. $31.8 billion) over the next four years, the country’s prime minster has announced.

The increase consists of £16.5 billion injection, coupled with the manifesto commitment of a 0.5 percent uplift.

One of the focuses of the funding boost will be the revitalization of shipbuilding, funding a significant expansion of Royal Navy vessels to create what the defense ministry referred to as “the biggest surface fleet of modern warships in Europe.”

An additional £1.5 billion will be poured into military research – including for the Future Combat Air System – allowing the armed forces to tackle the threats of tomorrow and to make sure the UK can stand shoulder to shoulder with our allies across the globe.

“This is excellent news for defense, and provides us with the financial certainty we need to modernize, plan for the future, and adapt to the threats we face. It demonstrates the prime minister’s recognition of how important defense is to our resilience, and to the reputation of the United Kingdom,” UK defense secretary Ben Wallace said.

Worth noting is the prime minister’s announcement on the creation of a new agency dedicated to developing artificial intelligence, the creation of a National Cyber Force and a new ‘Space Command’ that will protect the UK’s interests in space. The command will also control the UK’s first satellite launched from a UK rocket by 2022.

“This multi-year settlement is very welcome for the Armed Forces. It funds a pathway to modernization and the digital force we need for the 2030s, integrated across the domains of maritime, air, land, cyber and space,” chief of the defense staff, General Sir Nick Carter, said. 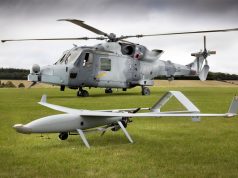 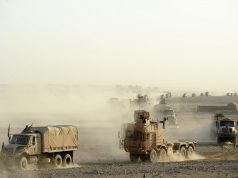