The Brazilian Navy launched its second Scorpene-class submarine at the the ICN (Itaguaí Construções Navais) assembly facility in Itaguaí on December 11.

The launch of Humaitá (S 41) is the latest in a series of milestones in the country’s PROSUB program that will see the navy receive four diesel-electric submarines and develop its own nuclear-powered submarine. The basic design of the future Álvaro Alberto (SN10) was approved earlier this year in the latest achievement on the program.

What is more, Brazil is looking forward to the final joining of sections for the third diesel-electric boat, the Tonelero, soon.

Brazil’s Scorpenes have a length of 71.62 meters and a displacement of 1,870 tons. They are designed to be capable of anti-surface and anti-submarine warfare in addition to special operations missions. They are fitted with six torpedo tubes for either F21 torpedoes that are developed by Naval Group or the MBDA-made Exocet missiles.

They are built in cooperation with French shipbuilder Naval Group under a transfer of technology agreement. In addition to the construction of four diesel-electric and one nuclear-powered submarine, the PROSUB program also included the construction of a submarine base in Itaguaí. 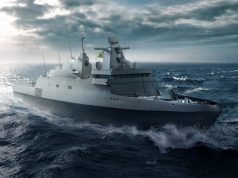 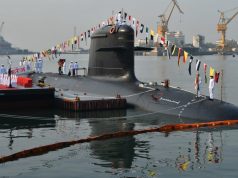 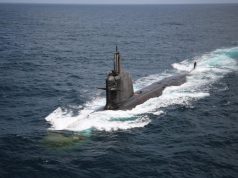