HMNZS Te Kaha returned to Devonport, New Zealand, on December 20, after arriving in Canada for the upgrade in March 2018. The second RNZN frigate that will be upgraded, HMNZS Te Mana, started the process a year later, in March 2019.

Te Kaha underwent modernization upgrades at Seaspan’s Victoria Shipyards in British Columbia. As the prime systems integrator, Lockheed Martin Canada was responsible for integrating two RNZN frigates with the CMS 330 combat management system, as well as a new suite of sensors and weapons.

In addition to CMS upgrades, the frigates are also receiving the MBDA Sea Ceptor vertically launched Common Anti-Air Modular Missile (Maritime) – CAMM(M), as a replacement for the Seasparrow missile system they previously employed.

“The arrival of HMNZS Te Kaha after her combat system upgrade is a significant milestone for the Royal New Zealand Navy. It is hugely satisfying to see Te Kaha sail into the beautiful Waitematā harbor in time for Christmas. This has been a complex project, with many challenges – including a global pandemic,” said Sarah Minson, Project Director, New Zealand Ministry of Defence.

Lockheed Martin Canada’s CMS 330 will serve as the backbone of three new ship classes in Canada for the next 40+ years; the Arctic and Offshore Patrol Ships, Joint Support Ships, and Canadian Surface Combatants. In addition to New Zealand, it is also being integrated on three Chilean Navy warships. 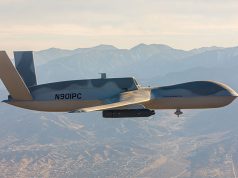 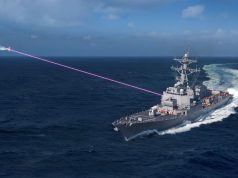 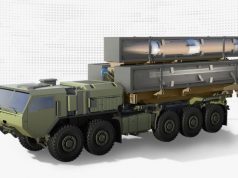