The US Defense Advanced Research Projects Agency (DARPA) wants to see what the jetpack technology is capable of doing and how it can be applied by the military, particularly special forces units.

In a solicitation posted on the government contracting site, the agency said it was interested in seeing how soldiers can benefit from what it referred to as “portable personal air mobility systems.”

The agency expects the systems to be capable of transporting a single operator at least 5 km, likely at low to medium altitudes. The system design should allow assembly in less than 10 minutes using only simple tools or no tools at all.

DARPA said it would pay up to $225,000 for a 6-month period of performance in the first phase of the program which will essentially be a feasibility study that would clearly describe the system, its anticipated performance capabilities, and the technical maturation roadmap necessary to reach a demonstration system.

A second phase of the program would focus on maturing the relevant technologies via analysis and test campaigns that will culminate in a ground and/or flight test effort that establishes the viability of an operational version of the proposed system, the agency said.

The platforms may be one-time use or reusable with minimal repacking/re-deployment actions such that they properly support the envisioned use cases.

Unlike the ongoing AFWERX Agility Prime program, which is seeking to operationalize “flying cars” for government missions, DARPA noted it was interested in proposals for systems which are man portable/storable in one (or a few) man portable containers/mobility bags.

DARPA said that, depending on the success of the jetpack project, a variety of defense department missions and users may be interested in transitioning the technology to an operational capacity including a variety of Special Forces units.

Within the private sector, a large market for personal mobility systems exists for emergency first responders including Police, search and rescue, and particularly time critical ambulance response, the agency said.

A small company in the UK, led by a former Royal Marines Reservist, has already built a jet suit capable of flying at speeds of over 60 km/h for up to 8 minutes. The suit has already been demonstrated on Royal Navy ships at sea but is yet to be operationally tested. 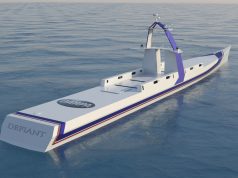 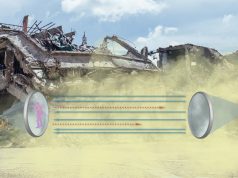