The Gravity suit that they tested was developed by a former UK Royal Marine Reservist who wanted “to reimagine human flight.” The system was also showcased on Royal Navy ships, including the service’s new aircraft carrier HMS Queen Elizabeth.

The jet suit is capable of flying at speeds of over 60 km/h for up to 8 minutes, according to the company.

The suit allows the military to reach places that were previously inaccessible, providing new options for tactical deployment. Video footage of the Dutch tests shared by the chief of the Royal Netherlands Navy Rob Kramer illustrated that marines could use the jet pack suit to board commercial vessels for inspections more efficiently.

The Dutch defense ministry also said that the experiments were particularly focused on seeing whether the technology could offer new options for boarding operations.

“By moving your body and your arms, you generate upward pressure. It’s a matter of finding balance in the air. It was easier than you might think,” Major Mark Haasdijk commented following the tests.

The risks of the revolutionary suit have been discussed with security officials beforehand. During the test flight, the pilot remained close to the surface, Haasdijk noted. “The body is of course fragile, although there is always a risk of military operations. The time spent flying at higher altitudes is very limited.”

The service said it was satisfied with the tests. It will now carry out an evaluation before deciding whether and how the marines will use the suit. “We will now mainly look at the military application. The great thing is that these kinds of developments make things possible that we would not think of ourselves. This opens doors.”

The Netherlands is not the only country interested in this new technology that is seemingly becoming more feasible. Recently, the US defense ministry’s top research agency (DARPA) issued a solicitation to the industry to see how soldiers can benefit from what it referred to as “portable personal air mobility systems.”

DARPA also noted that evaluations of the jetpack and other personal air mobility systems technology would be particularly focused on special forces units applications.

The agency is paying up to $225,000 for a 6-month period of performance in the first phase of the program which will essentially be a feasibility study that would clearly describe the system, its anticipated performance capabilities, and the technical maturation roadmap necessary to reach a demonstration system. 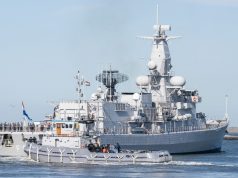 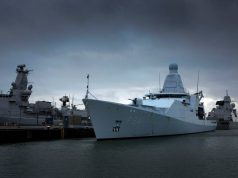