The subcontract was awarded by Krauss-Maffei Wegmann (KMW), who is delivering the mid life update for the armored vehicles under a 300 million euro contract from December 2020.

In addition to the new BAA II NDL observation and reconnaissance systems, the Fenneks will be receiving new C4I command and control systems, alongside refurbishment works.

The contract with Hensoldt includes 188 BAA II NL observation and reconnaissance systems as well as a number of spare parts.

“Our optronic solutions combine sensors from different technologies to provide armored vehicle crews with an excellent situational awareness,” said Andreas Hülle, CEO of HENSOLDT Optronics. “In the field, this capability is essential to fulfil the mission and ensure the protection of the crews.”

The BAA II NL is a further development of the BAA II JFST, which is already in use in the Joint Fire Support Team (JFST) of the German Armed Forces. The external dimensions have remained the same and the use and menu navigation have also been left unchanged in order to keep the training effort for the crew as low as possible.

The scope of the contract also includes adjustments to the YellowKite camera, which will be optimized to become a day-vision/near-infrared (NIR) camera with color vision and will receive a near-infrared cut filter.

Hensoldt will deliver the first systems to KMW for qualifications in autumn 2022. Series delivery are scheduled to start in 2023.

KMW is expected to complete the Fennek mid life update project by 2027. The four-wheeled armed reconnaissance vehicle is a binational project between Germany and the Netherlands developed in the early 2000s. The Netherlands and Germany currently operate general purpose, reconnaissance, antitank, combat engineer versions and joint fire support teams (JFST) of the vehicle. 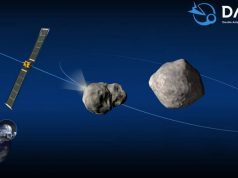