Rare earth elements — a group of 17 metals, including neodymium — are used in lasers, precision-guided weapons, magnets for motors and other devices that are at the heart of many critical technologies the Defense Department depends on.

While the US has domestic access to rare earth elements, it doesn’t have a strong domestic base for processing that supply, Stefanie Tompkins, director of the Defense Advanced Research Projects Agency, said during an online discussion today at the 5th Annual Defense News Conference.

To get after that, Tompkins said DARPA recently embarked on a new program called the Environmental Microbes as a BioEngineering Resource, or EMBER program, to secure America’s rare earth elements supply chain.

“From a DARPA perspective what we’re looking at are what are some of the barriers that have made it difficult for the US to maintain dominance in rare earth processing,” she said. “One of the things we just launched a new program in is related to bio-mining. The program is called EMBER, and that is about actually designing microbes who can more efficiently and at scale and in an environmentally sound way, separate out these rare earth elements from the ore in which they’re actually found.”

Right now, the most common practices for processing rare earth elements are chemically intensive and frequently toxic to the environment, she said.

“Because of all of that, it’s caused the US to sort of back away … from those sort of expensive and environmentally painful processes. And so we need to find new ways,” she said. “Biological is one of the things that we’re exploring.”

Rare earth elements aren’t the only thing the Defense Department depends on and needs a more secure supply of. Microelectronics are at the heart of nearly every modern technology used by the Defense Department, and Tompkins said that with the DOD’s Electronics Resurgence Initiative, DARPA is working to ensure America’s warfighters continue to have access to the latest technologies.

“This is focusing on sort of transforming the space of semiconductors, bringing it back to being a national strength, and at the same time moving into sort of the … next generation of what microelectronics will really look like,” she said.

In the previous year, the Pentagon has taken steps to address these issues by awarding Lynas Rare Earths Ltd, the largest rare earth element mining and processing company outside of China, a $30.4 million contract to set up a light rare earth elements (LREE) separation facility in Hondo, Texas. In 2020, the US also reached a deal with a Taiwan chip maker to build a $12bn semiconductor plant in the US that would supply everything from artificial intelligence to 5G base stations to F-35s.

While military capabilities like aircraft rely on mechanical technologies to make them fly, Tompkins said what really makes something like a fighter jet a truly powerful tool in the US military’s arsenal are the microelectronics it has on board.

“Microelectronics are really sort of what make all of our different platforms and systems operate the way they do,” she said “If you think about an aircraft, there’s the part of it that actually flies — there’s sort of the aeronautical piece of it. But almost everything that really gives it the power and capability of a US defense capability will come from the microelectronics.”

Those capabilities include sensors, communications, avionics, radars and more. Tompkins said industry is approaching a “plateau” in electronics capability now where it’s getting more difficult to put more capability onto microchips.

“We have to start innovating and moving into different directions,” she said. “That might mean completely new materials … it might mean moving from what has typically been a flat, two-dimensional structure where you’re sort of putting things side-by-side on a chip into three dimensions, where you’re building them up, more and more.”

Another element factoring into how the DOD stays on top of the latest advancements in microelectronics is how it differs from the commercial sector in what it purchases, Tompkins said.

“A really interesting difference between sort of a lot of commercial thinking and the DOD thinking is that in commercial thinking you’re going to be looking heavily for general purpose capabilities, general purpose processing,” she said. “In the national security world, we often have to think about applications for which we could actually do much better if we specialize. Those are all areas in which we’re putting a lot of investment.” 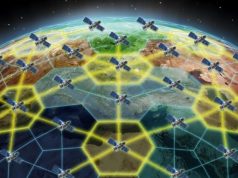 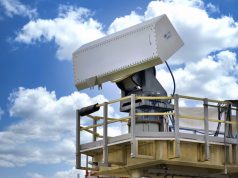 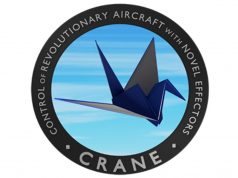