The first three aircraft landed at the Dolna Mitropolija air base on December 15, and the fourth and final one landed two days later, on December 17.

As noted in local media, two of the airframes will be used by the Air Force, and two will fly under civil rules as part of cadet training.

Bulgaria signed the contract for the four light propeller aircraft in March 2020, after initiating the program in September 2019. According to available information, the contract was worth over 2.1 million euros.

Z242PL is a modernized version of Zlin’s bestseller model, powered by a Lycoming AERO-360-A1B6 engine with a maximum power of 200 hp with a three-lapse screw with a variable step.

In addition to Bulgaria, the Z-242 is a military trainer of choice in Mexico, Peru, Slovenia, Croatia, Macedonia and the Polish Air Force, which just recently ordered four aircraft.

Croatia used five Zlin trainer aircraft before losing one airframe in a deadly crash in May 2020. 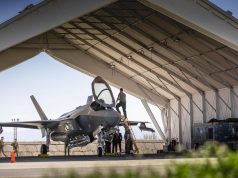