The US Marine Corps has completed the development and buildout of the Marine Air Defense Integrated System (MADIS) Increment (Inc) 1.0 that will be employed by the service’s new Joint Light Tactical Vehicle (JLTV).

Naval Information Warfare Center (NIWC) Atlantic engineers leveraged a range of resources to build out the model of a critical air defense capability in nine months’ time that will make Marines more dominant on the battlefield.

The system was showcased for multiple Marine Corps stakeholders on February 1, including Maj. Gen. Eric Austin, director of the Capabilities Development Directorate of Combat Development and Integration at Headquarters Marine Corps.

Austin received several high-level briefings before joining a tour of NIWC Atlantic facilities centered on the results of the latest MADIS buildout.

The buildout milestone was completed after the service contracted Raytheon as a prime for the program in 2020, and subsequently decided to go into the engineering and manufacturing development phase without the company.

“I just wanted to offer a broad thanks to this team, to people I don’t get to look in the eye and thank very often,” Austin told members of NIWC Atlantic’s Land Systems Integration (LSI) Division. “This organization has an amazing pedigree, with an incredible ecosystem of innovation, and it’s really apparent you guys are held in high regard.”

“The high-powered tactical and electronic technologies of MADIS Inc 1.0 will provide an indispensable advantage to LAAD Marines conducting fire and maneuver missions within the weapons engagement zone,” said Ryan Price, who leads the LSI Division at the command’s Expeditionary Warfare Department.

MADIS is a Program Executive Officer Land Systems (PEO LS) program of record. After last year’s fielding of another version of MADIS onto smaller vehicles, PEO LS tasked NIWC Atlantic to develop variants for the JLTV.

“As the MADIS lead systems integrator for the Marine Corps, we knew we needed to move out quickly in not just developing an exceptional product but implementing unique efficiencies,” said Tim Hughes, team lead for the LSI Division’s Counter Threat Platforms Support. “The 3-D printer mount solution is just one of many excellent examples demonstrating the experience and engineering acuity this team used to get the job done.

“I’m really proud of what they accomplished in such a short amount of time,” he added. “They pulled from multiple resources across the division and outside the department to essentially build a team from scratch,” he added.

MADIS Inc 1.0 models will run through integrated tests and evaluations later this year before any final US Marine Corps procurement and fielding decisions are made. 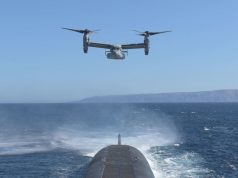 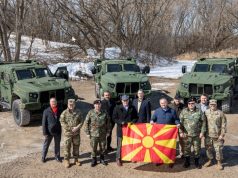 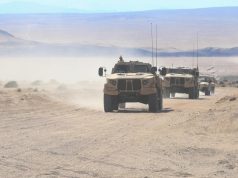