The US Missile Defense Agency (MDA) retired two Space Tracking and Surveillance System (STSS) demonstration satellites on March 8, 2022, ending what it says is a successful experiment that demonstrated that a space layer can significantly enhance the missile defense system (MDS).

MDA, NASA, and the Air Force launched the STSS demonstration space vehicles into space aboard a single Delta II rocket on September 25, 2009, from Cape Canaveral Air Force Station in Florida.

The STSS satellites were the agency’s first attempt at exploring new ways to track threat missiles, and were originally expected to work for only four years.

“Data gathered by STSS directly influenced the design of HBTSS and other MDA space systems,” said MDA Director Vice Admiral Jon A. Hill. “We’ve been able to use it eight years longer than planned, with a tremendous return on the initial investment.”

The two STSS satellites circled the Earth twelve times a day from their Low Earth Orbit (LEO) at an altitude of 1,350 kilometers. Electronically linked to each other, their infrared sensors gathered and downloaded data for analysis more than 50,000 times. They took part in 129 separate MDA test events, performed birth-to-death tracking of a variety of missiles, demonstrated the tracking of multiple targets simultaneously, linked satellites to extend system coverage, discriminated between lethal and non-lethal objects and sent and received information from other missile defense system elements.

In addition to tracking US missile tests, STSS gathered data on targets of opportunity from other sources and handed off track data to Warfighters, engineers and scientists connected through MDA’s Command and Control, Battle Management and Communications system.

In 2018, MDA utilized the STSS satellite demonstrators to inform the HBTSS program to address the requirement to detect and track hypersonic threats as well as ballistic missiles. The HBTSS prototypes will demonstrate the utility of the sensors capability for future inclusion as part of the Unified Overhead Persistent Infrared Enterprise Architecture to detect hypersonic, ballistic and other advanced threats much sooner than terrestrial radars. The key feature of HBTSS for Missile Defense is the ability to collect and transmit fire-control quality data to defeat any Hypersonic and Ballistic missile threats. In 2023, MDA will begin an on-orbit demonstration with two HBTSS prototype space vehicles.

“Space is a critical domain for addressing rapidly-advancing missile threats,” said Walter S. Chai, MDA Director of Space Sensors and the Agency’s Missile Defense Integration and Operations Center (MDIOC). “Space-based sensors can detect and track hypersonic, ballistic and other advanced threats that may not be possible by terrestrial radars that are limited by line of sight and the curvature of the Earth.”

STSS traces its heritage to an April 2002 US Air Force contract awarded to Northrop Grumman to complete development and test, launch, and operate two Low Flight Demonstration System space vehicles, along with a ground segment at the Missile Defense Space Center (MDSC), now the Schriever Space Force Base, in Colorado Springs, Colorado.

The Space and Missile Systems Center, now the US Space Force Space Systems Command at Los Angeles Space Force Station, California, served as the STSS program office from 2002 to 2011 when the program transitioned to MDA. Since then, a joint government and Northrop Grumman contractor team operated STSS from the MDSC ground station, part of the MDA MDIOC.

STSS ended its data-collection mission on August 1, 2021, and its payload operations on September 30, 2021. MDA safely passivated the two space vehicles on-orbit and moved them to orbits designed to prevent collisions with other space objects. They will safely remain there for over 6,000 years. 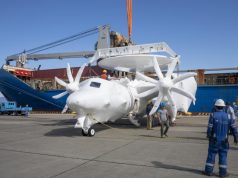 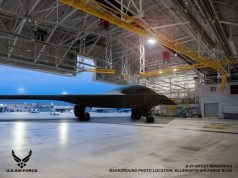