The Japan Maritime Self Defence Force commissioned the lead Mogami-class frigate in a ceremony at Mitsubishi Heavy Industries’ shipyard in Nagasaki on April 28.

Although JS Mogami is the lead ship in the class, it is the second Mogami-class frigate to enter service.

The first one was JS Kumano, which was built by former Mitsui E&S Shipbuilding (now Mitsubishi Heavy Industries) at the Tamano yard in Okayama, with a commissioning ceremony held in March this year.

Mogami, which derives its name from the Mogami River in the Yamagata prefecture, was launched in March 2021.

Also referred to as multi-mission frigates (FFM), the Mogami-class is a new generation of JMSDF frigates, displacing over 5,000 tons at full load and combining compactness with manpower saving measures. The ships of the class are envisioned as frigate-sized vessels with destroyer capabilities. They are expected to replace the Asagiri- and Abukuma-class destroyers.

Japan has so far launched four ships in the class, after Japan’s Acquisition Technology and Logistics Agency (ATLA) announced Mitsubishi Heavy Industries (MHI) as prime contractor and Mitsui as subcontractor for the 30DX (later designated as 30FFM) program in 2017. 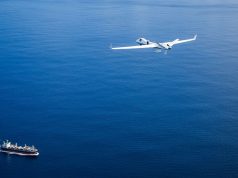 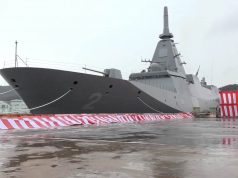 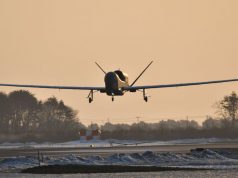 Japan receives first Global Hawk RPAS from the US