The potential purchase of the aircraft and related equipment would have an estimated cost of $1.4 billion.

This proposed sale will support the foreign policy and national security of the United States by helping to improve the security of a major ally that is a force for political stability, and economic progress in the Asia-Pacific region.

“This purchase also includes sensors and performance improvements that will assist New Zealand during extensive maritime surveillance and reconnaissance as well as improve its search and rescue capability,” the Defense Security Cooperation Agency said in a statement.

New Zealand has been operating C-l30H aircraft for the past 50 years. They were refurbished in early 2000s but their maintenance is becoming increasingly complicated.

The country’s defense ministry announced its intention to buy the Lockheed Martin-built C-130J in June this year.

“The current Hercules have served us well since the 1960s, but they have reached the end of the road, and suitable and proven replacement aircraft will need to be sourced,” defense minister Ron Mark said at the time.

”The current fleet is increasing in cost to maintain, and is taking longer to put through maintenance.”

“After considering the range of military air transport aircraft carefully, the Super Hercules has been selected as it offers the necessary range and payload capability as well as fully meeting NZDF’s requirements.” 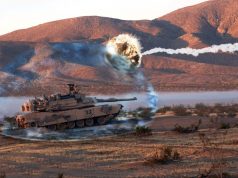 Lockheed to integrate, test MAPS on US Army vehicles