New Zealand’s defense minister Ron Mark has marked the official start of infrastructure works on a new base for the recently-ordered fleet of P-8A Poseidon maritime patrol aircraft.

The country is buying a fleet of four submarine-hunting P-8As at an overall cost of NZ$2.346 billion following a decision announced in July 2018.

“The government’s investment in Ohakea will ensure the Royal New Zealand Air Force can manage, maintain and task the new fleet efficiently ahead of the first aircraft’s arrival in 2023,” says Ron Mark.

“The purchase by the Coalition Government of these aircraft to replace the aging 1960s-era P-3K2 Orions demonstrated a strong commitment to the security of New Zealand.”

“Basing the P-8A fleet at Ohakea will be a boost for the economy and vitality of Manawatu and the surrounding region through the construction phase, and over the long term as around 270 members of the Air Force’s 5 Squadron bring their families to the area,”

All infrastructure work on the $200 million project is expected to be finished by early 2022.

Poseidon P-8A is a derivative of a modified Boeing 737-800ERX. The armament of the Poseidon, in US Navy configuration, consists of five internal and six external stations for AGM-84H/K SLAM-ER, AGM-84 Harpoon, and the Mark 54 torpedo with a High Altitude Anti-Submarine Warfare Weapon Capability (HAAWC) system.

Development of the program started in June 2004 when the US Navy selected the Boeing multimission maritime aircraft, 737 MMA, as the best successor to the P-3C Orion maritime patrol aircraft.

In addition to the US Navy and New Zealand, the aircraft is, or will be flown, by Australia, India, the UK, South Korea, and Norway. 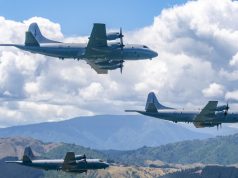 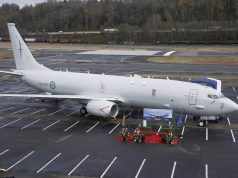