The 123rd Airlift Wing has received a C-130 Hercules aircraft simulator at the Kentucky Air National Guard Base.

The trainer has seats for two pilots, a flight engineer and a navigator, said retired Chief Master Sgt. Scott “Scooter” Davis, a former flight engineer with the Kentucky Air National Guard who operates the MMCT as a contractor for American Systems Corp.

Aircrews can train on many emergencies, from an engine overheating or catching fire, to mid-flight bird strikes. Crews also can accomplish tactical training like airdrop procedures or evading ground-to-air and air-to-air attacks.

“It’s really good to refresh yourself on emergency situations that you really can’t do on the airplane,” Davis said. “The crews will still have to attend an annual simulator that has motion, but right now they’re in the process of rewriting regulations so that aircrews can count actual training events in the (MMCT) simulator.”

Davis added that the MMCT here is just as capable as the regular simulator, except that it lacks physical motion capabilities.

Since aircrews don’t currently get credit for training on the system, the primary users are members of the 123rd Aircraft Maintenance Squadron.

Though the MMCT was not initially created for aircraft maintainers, Master Sgt. Chris Knight, a crew chief with the unit, saw potential in the new equipment. Knight, who also serves as the 123rd AMXS engine-run program monitor and certifier, began working with Davis to figure out a way to conduct engine runs on the simulator, so it could be used as a maintenance training tool.

“We had to do a lot to set up engine-run simulations, but I worked with Scooter, and we had to find ways to make it do things we wanted it to do,” Knight said.

He added that being able to use the system for engine runs has substantially improved efficiency, because it allows Airmen to check off training that in the past may have required them to wait for an aircraft to become available for dry runs.

“Maintenance Airmen only get the chance to go up to the full-motion simulator in Minnesota every other year, so this has allowed this training to take place more frequently,” Knight said.

The base fire department also is using the MMCT for crash and fire-rescue training by helping firefighters learn proper engine shutdown procedures.

“Everything is touch screen, and everything works,” Davis said. “It has all the same indicators you would have on the real thing, fuel gauges, engine gauges.”

Currently, the simulator contains over seven terabytes of terrain data for the whole Earth, which means aircrews can practice landing procedures on local runways or train in the mountainous regions of Afghanistan if needed.

All but two C-130 units in the Air National Guard have MMCTs. Kentucky’s began operations in December 2018. 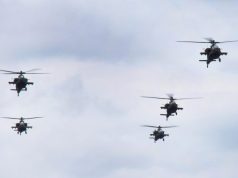 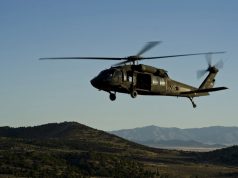 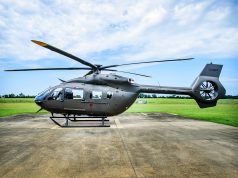