The change of flag ceremony took place on December 18, in Saint-Nazaire, France, where the aluminium vessel was built.

Ocea shipyards was selected in 2014 for the supply of 5 boats to Philippines, with the associated logistic support services: four 24-meter fast-patrol boats and the BRP Gabriela Silang.

During sea trials, the new OPV confirmed it is capable to perform beyond its contractual specification of 20 knots of speed, with a range of 8000 nautical miles at 15 knots and an endurance of up to 5 weeks of operation.

The vessel is expected to arrive at its home port in February next year. 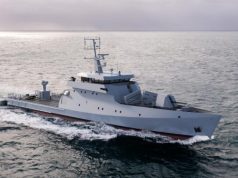 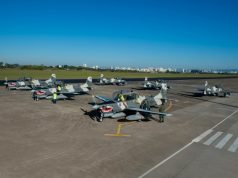 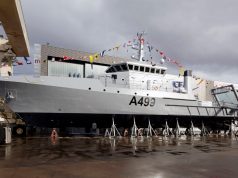