After completing the first in a series of internally-funded multi-domain operations (MDO) demonstrations with a company-owned Gray Eagle Extended Range (GE-ER) unmanned aircraft system (UAS) in November 2019, General Atomics Aeronautical Systems is continuing with the flight series in 2020.

The company says one of the goals would be to show that a GE-ER equipped with long-range sensors and air launched effects (ALE) is able to detect, identify, locate and report targetable data to support long range precision fires (LRPF) systems.

“Gray Eagle ER is a critical tool, along with the Army’s manned platforms, for operations in an MDO environment,” said David R. Alexander, president, GA-ASI. “We’re excited to show the capability Gray Eagle ER provides due to its increased endurance and range, with the addition of high technology readiness level long range sensors and ALE.”

GE-ER is a long-range variant of the US Army’s MQ-1C Gray Eagle UAS. It provides the US Army with increased endurance, more payload capacity to support future mission tasking, and considerable improvements in system reliability and maintainability.

Equipped with the Lynx Block 30A long range synthetic aperture radar/ground moving target indicator (SAR/GMTI), the GE-ER was able to detect military targets out to a range of 75 km.

Demonstrations planned in 2020 include integration of additional long range and MDO relevant sensors, communications packages, and launching of ALE from the aircraft. Serving as an ALE mothership, the GE-ER will carry multiple ALEs with a variety of capabilities. The launching and controlling of ALEs from GE-ER could potentially increase the survivability and effectiveness of current and future manned aviation systems with intelligence, targeting, communications, jammers, decoys and kinetic effects.

The company said all flights and future demonstrations would be controlled exclusively using GA-ASI scalable command & control (SC2) software hosted on a laptop computer, reducing the system’s logistical footprint and supporting the Army’s vision for interfaces to the aircraft from across the battlefield without the need for a ground control station shelter or vehicle. 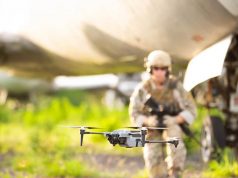 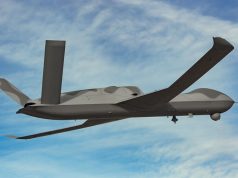 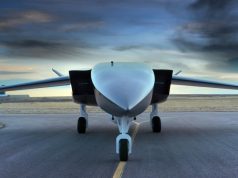