As part of the project, Australian Mine Warfare Team 16 (MWT 16) was commissioned to operate a suite of autonomous underwater vehicles (AUV), unmanned surface vessels (USV), expendable mine neutralization systems, and MCM support craft.

The first roll-out of equipment will be the man-portable Bluefin-9 AUV, which MWT 16 are undergoing pilot training on at Sydney’s Pittwater area.

“By its very nature, MCM operations are a time consuming task and conventional minehunters have a relatively slow speed of advance compared to our other warships. We are aiming to provide an MCM capability in-stride with, or in some cases ahead of, deploying maritime task groups to effectively speed up the time taken on this important function and enabling maritime maneuver,” Captain Parker said.

“It is intended that the lessons learned from the introduction and use of the Project 1778-1 equipment will help inform development of future ADF MCM capabilities,” he said.

The commanding officer of MWT 16, Lieutenant Commander John Sutherland, said navy’s joint commitment to training with Defence Science and Technology Group (DSTG) and industry partners such as the Australian Maritime College, was bolstering the team’s capacity to hit the initial operating capability milestone.

“At the present time this involves running a training period to conduct a pilot Thales and General Dynamics Bluefin-9 AUV equipment application course, and to work with DSTG to operate their Teledyne Gavia AUV,” he said.

Lieutenant Commander Sutherland said the new autonomous and unmanned technologies will allow navy to search for, classify, identify and dispose of sea mines more safely and efficiently and limit the danger factor presented when personnel are directly involving in mine removal and destruction. 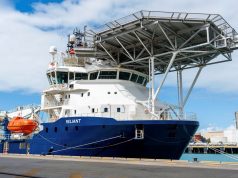 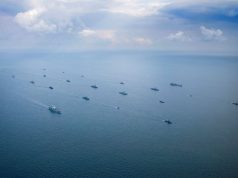 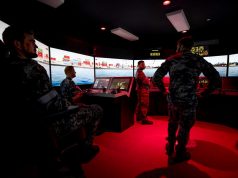