Thales Nederland will be in charge of integrating the guns with the De Zeven Provinciën-class frigates’ combat systems.

All four units in the class are expected to have their new cannon by 2026. As explained by the defense ministry, the frigates will receive the 127/64 LW system that is compatible with Leonardo’s Vulcano ammunition, which provides extended range and improved precision.

The navy said the guns will feature a fully automated ammunition delivery system, with an ammunition magazine composed of 4 barrels with 14 grenades each. 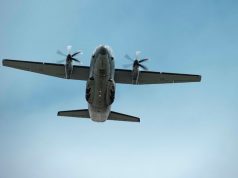 Australia invests in avionics upgrades for its C-27J Spartans