The US Air National Guard and Royal Canadian Air Force came together near the US and Canadian border for a bi-national air defense exercise on April 23.

“The aerospace defense of Canada and the United States is assured even during the COVID-19 crisis,” said Canadian Maj. Gen. Derek Joyce, deputy commander, NORAD’s Continental US region. “Our militaries are prepared to take on multiple challenges including defending the skies while simultaneously being in support of a global effort to fight the pandemic.”

Joyce went on to say that CONR and CANR are responsible for providing the air defense for the continental US and Canada as part of the NORAD mission.

During the exercise, hand-off procedures between US and Canadian fighter jets were conducted while executing intercept operations of a KC-135 Stratotanker. The KC-135 simulated a suspicious flight, known as a track-of-interest that crossed from Canadian to US airspace. Additionally, the Stratotankers provided in-flight refueling for the CF-18s and F-15s.

“The 104th Fighter Wing works regularly with the Royal Canadian Air Force during real-world and training missions,” said US Air Force Col. David Halasikun, commander, 104th Fighter Wing Mission Support Group. “Our interoperability has proven seamless throughout the years. Especially during these trying times, we stand together, ready to protect our countries and defend our citizens.” 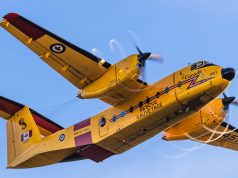 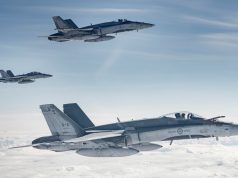 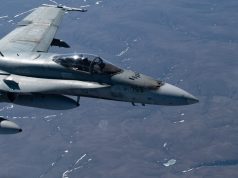