The Royal Canadian Air Force’s CC-115 Buffalo aircraft has flown its final operational flight as the service prepares to transition to the CC-295 as its new search and rescue aircraft.

The flight was carried out by 442 Transport and Rescue Squadron, based out of 19 Wing Comox, British Columbia.

As they have done countless times over the course of the Buffalo’s service to Canada, the final operational flight involved airborne search and rescue standby training. Evolutions included search and rescue technician parachute jumps and parachuting of emergency equipment as the aircraft visited locations around Vancouver Island.

While work continues to prepare the CC-295 Kingfisher aircraft for its new role as Canada’s fixed-wing search and rescue aircraft, interim search and rescue coverage will be provided by the CC-130H Hercules fleet.

Canada received the first of 16 Airbus-built CC-295s that will take over the search and rescue duties currently being undertaken by six CC-115 Buffalo aircraft and 12 CC-130H Hercules aircraft in 2020.

Rotary-wing search and rescue in Search and Rescue Region Victoria is provided by the CH-149 Cormorant helicopter.

“In the Royal Canadian Air Force, we have an incredible respect and strong sense of pride for the aircrew, maintenance and support personnel who have dutifully served alongside the CC-115 Buffalo aircraft over the past 55 years. These amazing teams, and the “Buff” itself, are known to have operated in many challenging operational environments,” Lieutenant-General Al Meinzinger, Commander Royal Canadian Air Force.

“Their stories and commitment to operational excellence will be etched into storybooks, and in bidding farewell to the “Buff,” we will always remember those brave members lost in 1974, who perished while the aircraft was operating overseas on a peacekeeping mission with the United Nations.”

On August 9, 1974, a CC115 Buffalo (CC1155461) was shot down by Syrian anti-aircraft missiles while on United Nations duty supporting Peacekeepers in the Golan Heights. All nine CAF members on board were killed, making it the largest single loss of lives in Canadian peacekeeping history.

The CC-115 aircraft initially served in the RCAF as multi-purpose transportation aircraft and was flown on multiple United Nations missions overseas. In the 1970’s it was converted to a dual role transport / search and rescue aircraft, before being exclusively flown in Canada as a fixed wing search and rescue aircraft. The CC-115 has been flown by 429, 413, 424, 440 and 442 Squadrons in the RCAF.

The Department of National Defence said it would retain three CC-115 Buffalo aircraft as historical artefacts to fulfill the departmental obligations towards history and heritage. The remaining aircraft have been or will be transferred to museums or used as training aids.

“The CC-115 Buffalo entered service in the Royal Canadian Air Force in 1967 and has been used for search and rescue operations since 1975. Canadians, especially on the West Coast, will recognize the aircraft for its distinctive search and rescue paint scheme that was likely a welcome sight for many requiring life-saving rescue throughout its distinguished service,” Lieutenant-Colonel Rhonda Stevens, Commander 19 Wing Comox and CC-115 Air Combat Systems Officer, Royal Canadian Air Force, said. 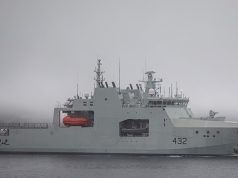 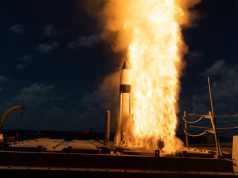