The European Union operation Med Irini got underway on May 4, as French frigate Jean Bart and a maritime patrol aircraft contributed by Luxembourg began first at sea patrols.

The operation is designed to enforce the UN arms embargo on Libya, in addition to helping monitor and gather information on illicit exports from Libya of petroleum, crude oil and refined petroleum products.

“At the Berlin Conference, leaders agreed to work together towards a sustainable solution to the crisis in Libya. However, the conflict continues to put the lives of Libyans and the entire region at risk,” the high representative of the European Union for Foreign Affairs and Security Policy, Josep Borrell, said.

“The effective enforcement of the UN arms embargo on Libya will help in achieving a sustainable ceasefire and advancing towards a political agreement.”

Dubbed operation Irini, Greek for “peace”, the mission will make use of allied aerial, satellite and maritime assets for inspections of vessels on the high seas off the coast of Libya suspected to be carrying arms or related material to and from Libya.

Initially, the Operation will have three vessels (contributed by France, Greece and Italy), one Maltese boarding team and three directly assigned patrol aircraft (Germany, Luxembourg and Poland) and the same number of vessels and aircraft in associated support.

Other special assets necessary to carry out the operation’s tasks, such as submarines, unmanned aerial vehicles (UAVs) and airborne early warning aircraft, are also expected to support the operation, offered by member states on an occasional basis. 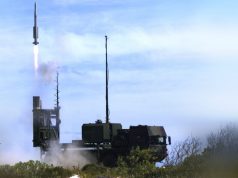 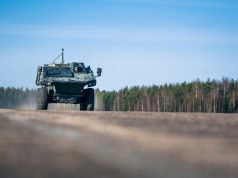 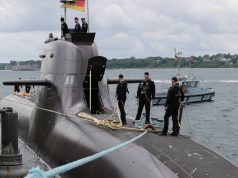 German submarine returning from EU patrol mission in the Med