The Canadian defense department announced it has awarded Zodiac Hurricane Technologies a C$35 million contract for the delivery of multi-role boats for the Royal Canadian Navy.

The contract will see British Columbia-based Zodiac deliver a total of 30 boats as a replacement for the rigid hull inflatable boats currently in service with the RCN’s fleet of Halifax-class frigates.

Multi-role boats are small, fast, and maneuverable vessels used by RCN ships to conduct a wide range of tasks at sea, including, search and rescue, humanitarian aid, disaster relief, and marine interdiction operations. These boats will also help with improve dive support, cargo and personnel transfers, and can provide support to other Canadian Armed Forces elements.

All 30 of the new 9-meter boats are expected to be delivered to the RCN by spring 2024. They will feature shock-mounted seating for 12 people, increased speed, dual engine configuration, and electronic suite upgrades to its communications, navigation, and sensors.

The Halifax-class frigates will also be equipped with new cranes to ensure they can effectively launch and recover the multi-role boats. A separate contract for the cranes was awarded on April 4, 2019. 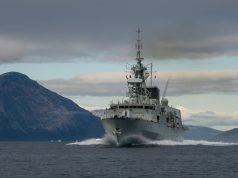 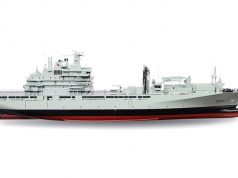 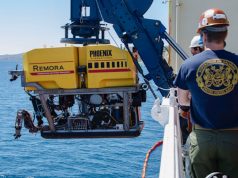