The US defense department announced it has allocated $250 million in fiscal year 2020 for additional training, equipment, and advisory efforts as part of the Ukraine Security Assistance Initiative (USAI).

The USAI funds – $125 million of which was conditional on Ukraine’s progress on defense reforms – will provide equipment to support ongoing training programs and operational needs.

“The support provided is aimed at strengthening the combat capabilities of the armed forces of Ukraine to counter Russian aggression, save the lives and health of Ukrainian soldiers who defend the sovereignty and territorial integrity of our state,” the Ukrainian defense ministry said in response the announcement.

“An important place in it is occupied by the support of the naval forces of Ukraine, which should contribute to the establishment of stability and security in the Azov-Black Sea region.”

“These security cooperation programs are made possible by Ukraine’s continued progress on key defense institutional and anti-corruption reforms,” the Pentagon said.

“Over the past year, Ukraine has taken considerable steps to: strengthen civilian control of the military; reform military command and control structures; transition to a Western-style human resources management system; introduce measures to promote increased transparency and competition in defense procurement and the defense industrial sector; and tighten internal controls to reduce corruption.” 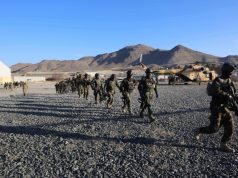 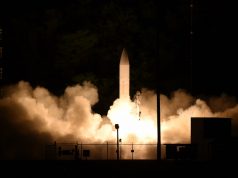 Pentagon funds creation of a “university consortium for applied hypersonics” 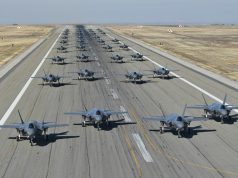