Robotic systems specialist FLIR Systems has received a $10 million contract to deliver its SkyRaider unmanned aerial systems (UAS) to the US Marine Corps.

The company did not specify the quantity of the systems to be delivered, stating only that it would provide “dozens of the systems” to the marines.

Developed for US defense and federal government customers, the R80D SkyRaider is the company’s most advanced military UAS. The aircraft’s long-range, high-resolution EO/IR imaging sensors provide day and night situational awareness, while the platform can carry and deliver external loads up to 4.4 pounds for forward resupply, asset extraction, and other specialized missions. SkyRaider also features embedded AI processing.

“We’ve worked hard to develop a smart, versatile sUAS aircraft with next-generation capabilities and are honored to support SkyRaider’s deployment with the US Marine Corps,” said David Proulx, VP of product management for the Unmanned Systems & Integrated Solutions business at FLIR.

FLIR says the R80D SkyRaider delivers a range of Group 2-3 payload capabilities with the agility and single-operator deployment footprint of a Group 1 VTOL (Vertical Take-Off and Lift) aircraft. Its edge-of-network processing enables object detection and classification, semi-autonomous flight, and the ability to thrive in GPS- or comms-denied environments.

Deliveries will be completed by the third quarter of this year, according to the company. 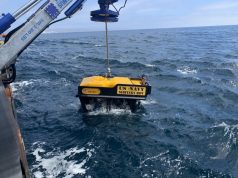 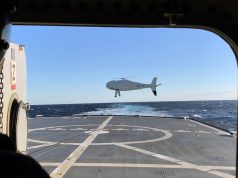 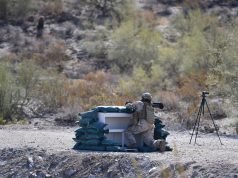