The US Air Force’s new Legion Pod, which was originally developed to improve IRST (infrared search and track) capabilities on F-15C Eagle fighters, achieved another milestone recently with the first missile shot of an AIM-9X.

An F-15C Eagle used the Legion Pod to shoot the missile during a test flight at Eglin AFB July 8.

Five days later, on July 13, the pod achieved another milestone with the first-ever flight on an operational F-16 Fighting Falcon. Lockheed Martin, the system developer, touts the Legion Pod’s transportability, meaning it can be moved from aircraft platform to aircraft thanks to its plug-and-play architecture.

“The OFP CTF’s work on the Legion Pod is done differently than the traditional acquisitions method,” said Lt. Col. Thomas Moser, commander, OFP CTF. “We actually started testing the pod in a pre-developmental test (DT) phase in early 2019 and got it to an eighty percent solution before it ever entered the official developmental phase. This ultimately allowed us to go through the developmental and operational testing quicker. What would normally take several years has been reduced to eighteen months from the start of DT to expected fielding.”

Use of the Legion Pod and its IRST capabilities allows a pilot to have another sensor that integrates with the aircraft and builds a more complete picture of the battlespace. Because of its use of infrared, it provides the ability to identify, track and shoot enemy aircraft in a radar jamming environment to include stealth aircraft that a traditional radar may not see.

“COVID-19 has not slowed us down either,” said Moser, “Both the F-15C and F-16 teams have been doing phenomenal work under difficult conditions to rapidly field this new capability. These milestones are just one shining example of the synergies that can be achieved in a dual-MAJCOM unit that conducts integrated test management with a focus on the warfighter.”

The F-16 Legion Pod integration leveraged the previous achievements on the F-15C which reduced the test timeline on the F-16 from four years to only six months and saved the air force over $1 million in software design and integration costs, the service said. 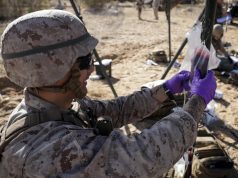 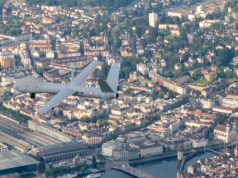