The Hungarian government today announced its declaration of intent to conclude the procedure for the purchase of Raytheon-built advanced medium-range air-to-air missiles (AMRAAM).

The announcement comes three months after the US State Department approved the sale of the missiles to the EU member state in May this year.

US ambassador to Hungary David Cornstein joined Hungarian defense minister Tibor Benkő on August 12 for the announcement that is expected to pave way for the official start of the foreign military sales procedure.

The Raytheon missiles are integrated with the NASAMS network-centric short to medium range ground based air defense system developed by Norwegian defense technology company Kongsberg. The integration of AMRAAM-ER missiles into the NASAMS is a new development that was completed in 2015, with the first test flight taking place in 2016.

Once concluded, the deal would be Hungary’s largest-ever defense procurement from the United States. The missiles are set to modernize Hungary’s air defense capabilities and allow it to transition away from its current legacy Soviet system.

According to the embassy, the foreign military sales and direct commercial sale portions of the deal amount to an approximate one billion dollar investment in the future of Hungary’s security.

“We commend the Hungarian government’s strong commitment to continue modernizing Hungary’s military through the acquisition of the world’s most advanced mid-range air defense system, which will enhance Hungary’s ability to provide collective and self-defense,” ambassador Cornstein said. “We look forward to working with our NATO Ally Hungary on this project and continuing to enhance our long-term strategic partnership.” 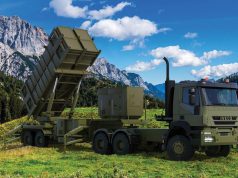