Germany’s Federal Office of Bundeswehr Equipment, Information Technology and In-Service Support (BAAINBw) has ordered a total of 300 high-precision boresight telescopes for the Leopard 2 and the self-propelled howitzer 2000 vehicles from defense technology company Hensoldt.

In addition to the telescopes, the order also comprises transport and storage containers. According to current planning, the first batch of 30 units will be delivered to the Bundeswehr via the NATO Support and Procurement Agency (NSPA) before the end of the third quarter of 2020.

Hensoldt will initially deliver ten units per month and then gradually expand delivery to 15 units per month. By 2023, all boresight telescopes of the second batch are to be delivered. After that, the company will remain the supplier for spare parts and responsible for service.

“This order is the largest single order for boresight equipment for us since the 1980s,” product manager Nico Lubold says. “The fact that the tender process went so smoothly despite the Corona-related delays is due to the close coordination and excellent cooperation with the BAAINBw.”

Hensoldt’s boresights are used to adjust and maintain the target systems of barrel-based weapon systems. Thanks to calibre rods, that is, special weapon barrel adapters, the universal adjustment optics cover almost all weapon systems in use – from assault rifles to howitzers. In addition, a uniform system eliminates the need for long training sessions on different types of equipment.

This is the latest in a series of contracts the country’s defense ministry has awarded as it prepares to take over the role of lead nation for NATO’s Very High Readiness Joint Task Force (VJTF). Developed as part of the alliance’s Readiness Action Plans, the VJTF is ebvisioned as a concept that would allow units to be ready to deploy to wherever they are needed within 48 to 72 hours. With its 5,000 soldiers, the VJTF is part of the larger NATO Response Force. 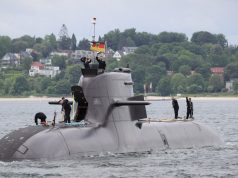 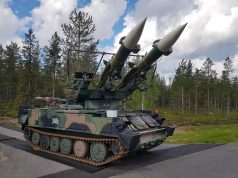