The US Air Force has already flown a demonstrator aircraft for its next-generation fighter program, the service’s acquisition chief revealed without providing much additional information on the achievement.

Assistant Secretary of the Air Force for Acquisition, Technology and Logistics, Will Roper, confirmed to Defense News on September 14 that at least one prototype had already been flown.

Roper refused to reveal information on which company or companies got to take part in the undertaking, or when and where the test took place. Several companies, including Lockheed Martin and Northrop Grumman, have unveiled their interpretations of the design of a sixth-generation fighter.

Speaking at the Air Force Association’s Air Space Cyber virtual conference on Tuesday, Roper said the Next Generation Air Dominance (NGAD) program was “designing, assembling, testing in the digital world, exploring things that would have cost time and money to wait for physical world results.”

This is relevant in light of the air force’s earlier announcement that it is introducing an “eSeries” designator for digitally designed aircraft and weapon systems.

Roper noted, however, that the NGAD program had already progressed so far to reach the full-scale flight demonstrator phase. “It’s broken a lot of records in the doing,” he added.

What makes the NGAD revelation interesting is that first flight for such a young program had not been expected for years to come. As noted by Defense News, the last first flight of an experimental fighter took place some 20 years ago when Boeing and Lockheed Martin were battling for the Joint Strike Fighter contract. 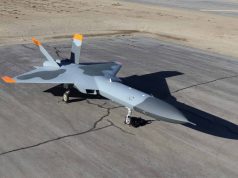 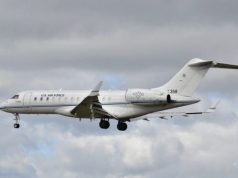 Boeing lands another $2.1B for KC-46 deliveries to US Air Force