The pilot survived the crash after ejecting, the air force said, adding that there no loss of property was reported on the ground.

The latest crash is the fifth for the Pakistan Air Force this year. The crashes included training aircraft, a Mirage and an F-16 fighter, resulting in the death of three pilots.

A board of inquiry to investigate the cause of the latest crash has been launched. 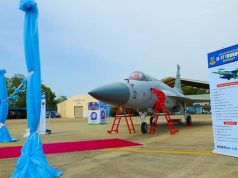