The US Marine Corps started fielding the new M18 pistol this month, marking the first time the service is undertaking an all-encompassing pistol replacement in 35 years.

The new M18 modular handgun system is a striker-fired, semi-automatic, 9-mm pistol based on the Sig Sauer Model P320. It will replace all other pistols in the Marine Corps inventory, including the M9, M9A1, M45A1 and M007.

“All Marine Corps units with a pistol will receive an M18,” said Brian Nelson, M18 project officer at MCSC.

The M18 comprises capabilities previous pistols lacked. For example, the M9—the most widely issued pistol among marines—is a steel-framed, single-action/double-action hammer-fired pistol. This means it is a heavier, metal gun with two different trigger pulls for single- and double-action.

Conversely, the M18 is lighter and does not include two different trigger pulls.

“For some marines, having two trigger pulls, like with the M9, is difficult to get used to because different forces are acting upon the gun,” said Sgt. Randall McClellan, pistol program manager with the Weapons Training Battalion aboard Marine Corps Base Quantico, Virginia. “With the M18, the trigger is going to be the same weight every time.”

The M18 has increased modularity when compared with previous pistols. The gun includes interchangeable components to fit small, medium or large hands. It comprises a receiver module inside the pistol grip that enables Marines to remove the trigger mechanism and insert it into a new grip size, said Nelson.

The weapon also includes an accessory rail that enables marines to attach lights or lasers underneath.

“Marines can attach more things to the M18, such as a red-dot sight, once approved for use,” said McClellan. “The modularity and ergonomics of the gun benefits the warfighter, as they can change parts out more easily.”

The handgun is a US Army-led program fielded in 2017. The program consists of the M17—the full-size pistol—and the M18. MCSC is only purchasing the M18, the compact variant, as well as holsters through the army contract.

The Marine Corps’ Combat Development and Integration collaborated with the army on the development of the M18 requirement. CD&I requirements managers and other marines actively participated in the assessment and selection of the MHS.

“The M18 is unique in that it is a utility player capable of supporting a broad range of missions in which a handgun is required,” said Billy Epperson, the Infantry Weapon Capabilities Integration officer at CD&I. “Because of this versatility, the M18 will replace the four pistols in the Marine Corps inventory.”

In June 2020, a group of marines converged upon a firing range aboard Marine Corps Base Quantico to learn and qualify with the M18.

After the two-hour event, Marines and subject matter experts spoke about the benefits of the system. Sgt. Journey Granados, a weapons trainer with MCB Quantico’s PMO, said the M18 is much easier to grip and shoot than other Marine Corps pistols.

“I feel more comfortable holding the M18 than I do holding the M9, largely because of the interchangeable grip,” said Granados. “This pistol is definitely easier to shoot, is a lot more accurate and should improve marines’ qualification score.”

The requirement for marines to qualify with a pistol will not change, the service noted. Those required to qualify annually will still do so, said Nelson. Combat marksmanship trainers will qualify with the M18 during new equipment training, and these individuals are responsible for qualifying other marines. 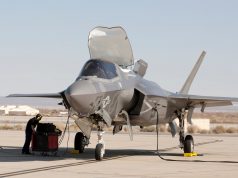 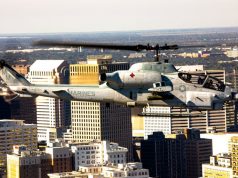