French shipbuilder Ocea has launched a new hydrographic research vessel for the Nigerian Navy under a contract from 2018.

The new vessel, called ‘Lana’, was launched at the shipbuilder’s site in Les Sables d’Olonne on September 24. Nigerian ambassador to France, a delegation from the Nigerian Navy headquarters and representatives the French administration were present at the ceremony.

Lana is the latest in a series of vessels Ocea has built for the Nigerian Navy. These include patrol vessels from 24 to 35 meters. By the end of 2020, the Vendée shipyard will deliver two 35-meter FPB 110 MKII type patrol boats and four interceptors to the Nigerian Navy.

The new hydrographic research vessel will allow the Nigerian Navy to have a better knowledge of its maritime territory and its exclusive economic zone. It will be equipped with a deep water multibeam echosounder, a single beam depth-water sounder, side scan sonar, and a current meter. The 60-meter ship will have an endurance of 20 days, and autonomy of 4,400 nautical miles at 12 kts. 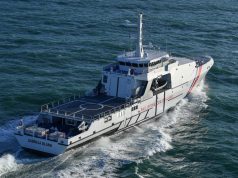 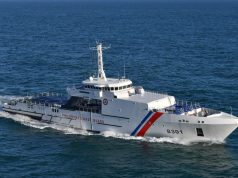 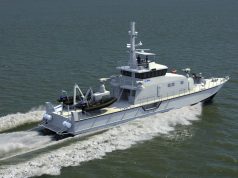