French shipbuilder Naval Group announced on October 7 that the first of two air-defense variants of French Navy FREMM frigates has started its trials.

FREMM Alsace got underway from the shipbuilder’s Lorient yard on October 5 for first tests.

As explained by Naval Group, Alsace benefits from the same anti-submarine warfare performances as the previous units but with enhanced air defense capabilities. The sea trials milestone comes nineteen months after the ship’s launch.

Alsace is the seventh FREMM frigate ordered by the French Procurement Agency (DGA) on behalf of the French Navy. The management of the FREMM program is entrusted to the Organisation for Joint Armament Cooperation (OCCAR). Italy’s Fincantieri is building 8 units for the Italian Navy, while additional ships have been built for Egypt and Morocco.

“This first sea trial marks the start of a series of trials for the ship. About one hundred Naval Group employees from Lorient, Nantes-Indret, Ollioules and Paris-Bagneux embarked alongside the French Navy crew and representatives of other French authorities,” explains Didier Trehin, Naval Group manager onboard.

“The aim of this first sea trial is twofold: to test the performance of the propulsion and navigation systems, but also to start checking and testing the integration of the combat system.”

In addition to carrying out the same anti-submarine warfare missions as the previous units of the FREMM series, Alsace will be responsible for the air defense of major units: the Charles de Gaulle aircraft carrier or landing helicopter docks (LHD). Naval Group plans to deliver Alsace and Lorraine, the two air defense frigates in 2021 and 2022. 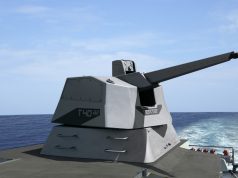 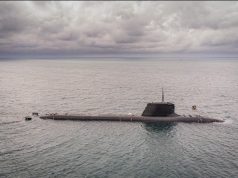 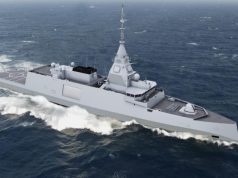