French shipbuilder Piriou held a steel cutting ceremony at its Concarneau yard to mark the start of construction of the first of three offshore patrol vessels for the armed forces of Senegal.

Construction of the 62-meter ships that will be based on the company’s OPV 58 S design started after a three-vessel contract was signed in November 2019.

The ships will have a top speed of 21 knots and an autonomy of 25 days at sea. They will have a complement of 48 and launching and recovery systems for two fast boats on stern ramp. One of the images of the vessel design also shows spots for two containers that could help support other missions like dive support or mine countermeasures.

Piriou will be working with compatriot shipbuilder Kership to deliver the vessels to the Senegalese Navy by 2024.

“This contract is the fruit of four years of joint work between the teams of PIRIOU and the Staff of the Navy of Senegal, which allowed us to design new generation patrol vessels perfectly answering the requirements of the Senegalese Navy,” Vincent Faujour, Piriou Group CEO commented. 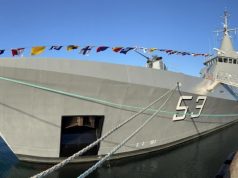 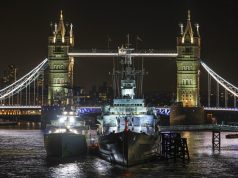 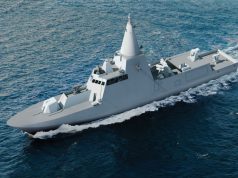