The US Space Force has just established Space Operations Command, the first of the service’s three future field commands.

The command was established at an activation ceremony at Peterson Air Force Base, Colorado, October 22, by Chief of Space Operations Gen. John “Jay” Raymond.

“As the primary force provider for United States Space Command, you are charged to lead space operations out of this pivot-point, to accelerate the transformation necessary to compete, deter and win a modern conflict, to prepare for war that either begins or extends into space,” Raymond said. “I’m convinced a war in space will be fought at high speeds and over great distances. We must be fast and agile, and we must focus on our primary mission, and that’s to deter that conflict from happening.”

With the stand-up of SpOC, the Air Force unit named Space Operations Command at Vandenberg AFB, California, was redesignated as SpOC West, which retains its mission of conducting, integrating, and assessing global space operations in order to deliver combat-relevant space capabilities to combatant commanders, coalition partners, the joint force, and the nation.

“The first step in the organizational changes you are about to witness in the redesignation and assumption of command, is to recognize the inactivation of what we know today as Space Operations Command, Vandenberg AFB, the former 14th Air Force, as it transitions to Space Operations Command West,” said Col. Mark Sorapuru, the narrator for the ceremony.

The 14AF was established March 10, 1943, and conducted fighter and bomber operations over occupied Chinese territory in the China-Burma-India Theater during World War II. It is credited with destroying more than 2300 enemy aircraft during the war. After standing down in 1960, it was reactivated as 14th Aerospace Force in 1968 to detect foreign missile launches and track objects in space. It moved to Vandenberg and joined then Air Force Space Command in 1993.

“With the creation of the United States Space Force, the 14 AF was re-designated Space Operations Command,” Sorapuru said. “Now, its colors are furled, and the illustrious aviation lineage and honors of this organization are returned to the United States Air Force.

“Over the ensuing years, Air Force Space Command focused on consolidating and organizing space capabilities to improve operations,” said Sorapuru. “Its first major test came in 1990-1991, when the command provided space capabilities to the warfighter during Operation Desert Storm, in what many have called the First Space War.” 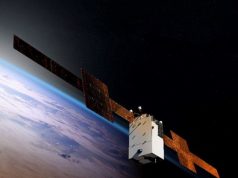 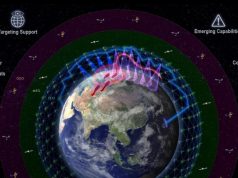 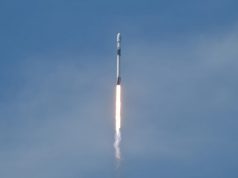 NASA and Pentagon are teaming up on the space front