The 3,000-ton submarine, which will be named after WWI general Ahn Mu, entered the water at DSME’s Geoje shipyard on November 11.

Ahn Mu is the second of overall three submarines in its class which is also referred to as the Changbogo-III. The lead boat – Dosan Ahn Chang-ho – was launched in 2018 and is expected to be delivered by the end of this year.

The submarines measure 83.3 meters in length and have a complement of 50. They are said to feature vertical launching tubes for submarine-launched ballistic missiles (SLBMs), in addition to six torpedo tubes.

The country is also working on a second batch of KSS-III submarines that will feature lithium-ion battery systems for increased autonomy and improved sonar and combat systems capabilities. DSME will be responsible for the design of these vessels.

Ahn Mu is scheduled for delivery in 2022. 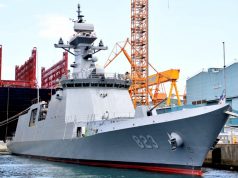 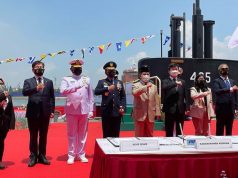 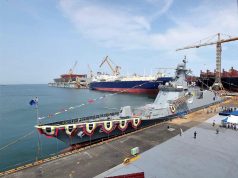