The Lithuanian defense ministry says it is ready to sign a contract for the purchase of UH-60M Black Hawk helicopters from the US within the week.

The contract, worth €181 million ($213 million), will buy the Lithuanian Armed Forces four helicopters in addition to equipment, spares, and a training, repair and logistical support package. The contract contains an option for two more helicopters to be built in the future.

According to the defense ministry, the US government will be providing €25 million in support for the project. Lithuania will also be able procure two more helicopters in the future if necessary.

The first shipment of the Black Hawks could be delivered to Lithuania in late 2024 when the country’s armed forces will have fully trained personnel – pilots and ground support specialists – to work with the new platform.

“The decision to pass on to a modern western technology that meets all criteria and requirements was made in order to ensure proper readiness of armed forces to face the challenges of modern armed conflicts, as well as excellent compatibility and interoperability with allies,” the defense ministry said.

The Black Hawks will be replacing the Mi-8Ts currently used by the Lithuanian Armed Forces. After 30 years of operations, the Soviet-made helicopter is nearing the end of its service life. the ministry noted that the Mi-8Ts are expensive to maintain, prone to failures, and risky to repair because of complicated provision of spares from Russia.

“By dropping the last Soviet relic and progressing to a Western helicopter platform we are beginning a completely new phase for the Lithuanian Air Force and moving in step with US and other most advanced NATO allies’ militaries,” Lithuania’s defense minister Raimundas Karoblis said.

Lithuania will use the helicopters for infantry support, small units airlift, medical evacuation, and other tasks. 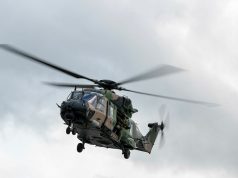 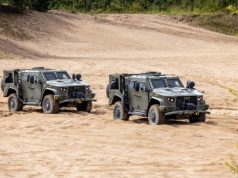