The naming and launching ceremony took place after Japan’s Acquisition Technology and Logistics Agency (ATLA) announced Mitsubishi Heavy Industries (MHI) as prime contractor and Mitsui as subcontractor for the 30DX (later designated as 30FFM) program in 2017.

While the first to be launched, Kumano is the second ship in the class. The lead ship, which is being built by MHI, is yet to be named and launched.

FFM displaces over 5,000 tons at full load and combines compactness with manpower saving. The ships of the class are envisioned as frigate-sized vessels with destroyer capabilities. They are expected to replace the Asagiri- and Abukuma-class destroyers.

Kumano is scheduled for delivery in 2022. 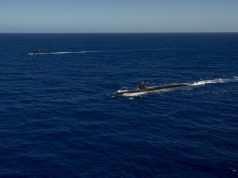 French submarine in rare drill with JMSDF, US Navy in Philippine Sea 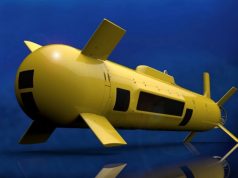 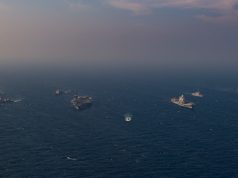