Positioned on top of High Mobility Multipurpose Wheeled Vehicles (HMMWVs), soldiers mounted the Family of Weapons Sights-Crew Served (FWS-CS) to the M2 .50 caliber machine gun, M240B machine gun and Mk 19 grenade launcher, before testing its accuracy on targets during the day and night over a four week period.

The system will provide the soldier with high-definition (HD) infrared (thermal) imagery in all weather conditions, under all lighting conditions and through obscurants. The FWS-CS will also integrate an HD day camera, a laser rangefinder and a wireless helmet mounted display (HMD).

The FWS-CS has both a high-definition digital day camera and a thermal camera, whereas the legacy PAS-13 thermal weapon sight has no day camera and a less capable thermal sensor. The FWS-CS improvements enable an increased field of view and allow machine gunners to see, identify and engage targets more quickly, making them more lethal on the battlefield.

“The FWS-CS is a revolutionary step in technology for weapons sights,” said Maj. John Nikiforakis, Assistant Product Manager, PdM SMS. “The FWS-CS makes Soldiers more lethal because it not only gives them a higher definition image of what they’re looking at or trying to identify, it also gives them the ability to zoom in on the target in both day camera or in a thermal camera.”

The high-definition imagery allows soldiers to “see things that they couldn’t see in detail out to 2,400 meters,” said Nikiforakis.

At the event, 3-71 CAV gunners observed targets and used the FWS-CS’ integrated laser range finder to determine exact distances from their position to their targets. An embedded ballistic computer automatically adjusted where the soldier needed to aim to hit the target. This minimizes guessing and human error and increases accuracy regardless of the conditions. The FWS-CS is a ‘system of systems’ and uses a heads up display to broadcast the weapon sight visual to the gunner’s eye, improving protection and situational awareness for the shooter.

The test compared the number of targets hit by soldiers using the FWS-CS with those they hit using iron sights on the crew served weapons. Soldiers fired thousands of rounds during multiple day and night iterations at targets ranging from 100 meters to 1,500 meters. Test data shows the biggest increase in performance over legacy devices at 800 meters to 1,500 meters.

The improvements were apparent to the soldiers who tested the system.

“The thing I like best about it is the HMD (Helmet Mounted Display). That makes it a lot more comfortable when you are shooting and to me, being more comfortable means being more accurate,” said Sgt. Jonathan Cicero, a cavalry scout. “I definitely think it will make soldiers more lethal on the battlefield.”

“The ability to truly switch between black-hot and the white-hot on the thermal is my favorite feature,” said Pfc. Tenzing Lodoe, a signal support systems specialist. While the PAS-13 has black-hot and white-hot image polarity, “all I saw was green,” he said. “Overall, when it comes with actually turning on the FWS-CS, in terms of the thermals … you can see a lot better.”

Spc. Benjamin Douglass, a cavalry scout, echoed other 3-71 Soldiers. “The FWS-CS increases the lethality of any gun crew. It’s definitely an optic I look forward to being fielded.”

The event was the latest phase of a “test-fix-test” sequence. The previous test took place in August 2019 at Fort Stewart, Ga. After it concluded, PdM SMS took feedback from soldiers and made improvements before the test at Fort Drum.

The next step for the program is to take the lessons learned and soldier feedback from this event and incorporate it into the weapon sight over the next phase of the acquisition lifecycle, low rate initial production.

The FWS-CS will synchronize with other systems and be capable of broadcasting live images from the weapon sight to other head-borne systems in the coming months through the use of Intra-Soldier Wireless (ISW). The FWS-CS is one of multiple programs across the PEO Soldier portfolio executing the vision of the Soldier as an integrated combat platform.

PEO Soldier is committed to getting the FWS-CS system fielded as soon as possible with production starting in FY2021. 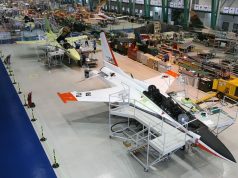 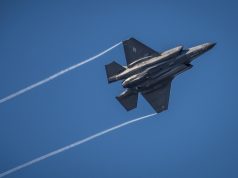 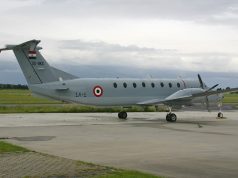