The first US Air Force C-21A aircraft is ready to return to the fleet after completing its delta fin modification upgrade at the Avcon Industries facility in Newton, Kan., earlier this month.

The aft fuselage modification project comes after a number of aircraft in the C-21A fleet incurred flight restrictions due to issues with wing rock/dutch roll or “tail wagging”, on approach to landing.

Delta fins, located on the aft fuselage just underneath the aircraft tail, are designed to provide lateral stability, and increase aircraft takeoff and landing weight capacity.

“Wing rock/dutch roll is a major safety of flight concern,” said Jon Hamblin, the C-21A Program Manager with the Presidential and Executive Airlift Directorate, which is leading the modification effort. “Fortunately, our ongoing analysis of the issue and the availability of an FAA certified “delta fin” solution allowed us to improve the aircraft’s directional stability while eliminating the C-21A’s tendency to experience wing rock/Dutch roll.”

The program team worked with Air Mobility Command and the Air Force Materiel Command Centralized Asset Management Office to identify funding for the modification, with funding quickly made available in two days.

The modification increases the aircraft’s flyability and reliability and is a huge win for the C-21A community, said Lt. Col. Mike Schwan, the 375th Operations Group Deputy Commander.

“The delta fins exceeded all our expectations,” Schwan added. “Our hat goes off to the entire Program Office, AMC, and Avcon teams who took this modification effort from request to execution within a few months. I’ve never seen the process work so fast and it was impressive to see!”

“This is rapid-acquisition at its finest!” said Brig. Gen. Ryan Britton, the Program Executive Officer for Presidential & Executive Airlift Directorate. “The AFMC and AMC teams quickly came together and through their great work and dedication delivered this capability to the Executive Airlift community with celerity!”

Delta fin installation will take approximately three weeks per aircraft and is expected to be completed fleet-wide by October of 2021. The total cost of the installation is $3.5 million.

The C-21A is a twin turbofan-engine aircraft used for passenger and cargo aircraft as well as medical evacuation missions. It can carry up to eight passengers and 42 cubic feet of cargo.

There are currently 19 C-21A in the Air Force fleet. 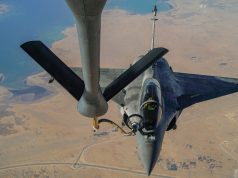 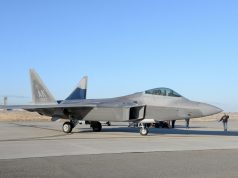 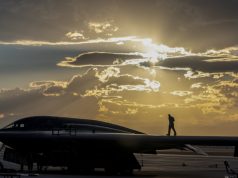