Saab re-delivered HSwMS Uppland to the Swedish Navy on December 16, after completing a mid-life upgrade on the boat.

The upgrade includes new sensors and navigation systems, giving the vessel enhanced capabilities. It is worth noting that the two Gotland-class boats that were built during the 1990s now feature a lot of systems that will be installed on the next-generation of Swedish submarines – the Blekinge-class. One of the systems is the optronic mast, which replaces the traditional periscope and associated management system.

The re-delivery of HSwMS Uppland comes seven months after the lead boat in the class returned to the fleet. During the upgrades, the submarines were cut in half to receive an additional 2 meter hull section to accommodate the third generation of the Stirling air-independent propulsion engine and a diver lock-out chamber in addition to combat management and ship management systems upgrades.

While the Gotland-class consists of three units, only two are being upgraded at the time, but FMV has options to also upgrade the third boat, HSwMS Halland.

“The Gotland-class submarines have an international reputation that many other submarines would wish for, with a stealthy ability and endurance beyond the ordinary. Sweden’s ability to develop world-class submarines is a result of the close cooperation between industry, the Swedish Defence Materiel Administration and the Swedish Royal Navy. We at Saab are proud that the latest cutting-edge underwater technology is now operational on-board both HMS Uppland and HMS Gotland,” Lars Tossman, head of Saab business area Kockums, said. 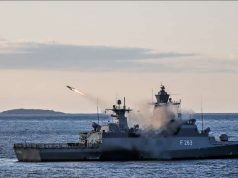 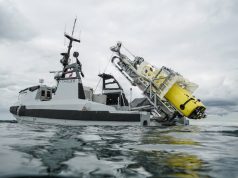 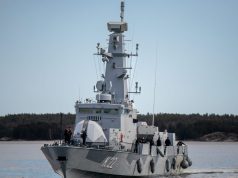