The US Navy, Marine Corps, and Coast Guard have released a new tri-service maritime strategy, outlining how they will prevail in day-to-day competition, crisis, and conflict over the next decade.

The strategy, titled “Advantage at Sea”, places particular focus on China and Russia due to their increasing maritime aggressiveness, demonstrated intent to dominate key international waters and clear desire to remake the international order in their favor.

The People’s Republic of China represents the most pressing, long-term strategic threat, the paper says.

“We prioritize competition with China due to its growing economic and military strength, increasing aggressiveness, and demonstrated intent to dominate its regional waters and remake the international order in its favor. Until China chooses to act as a responsible stakeholder rather than brandish its power to further its authoritarian interests, it represents the most comprehensive threat to the United States, our allies, and all nations supporting a free and open system,” the authors of the document wrote.

“Our integrated Navy, Marine Corps, and Coast Guard must maintain clear-eyed resolve to compete with, deter, and, if necessary, defeat our adversaries while we accelerate development of a modernized, integrated all-domain naval force for the future,” wrote Chief of Naval Operations Adm. Michael M. Gilday, Marine Corps Commandant Gen. David H. Berger, and Coast Guard Commandant Adm. Karl L. Schultz in the strategy’s forward. “Our actions in this decade will shape the maritime balance of power for the rest of this century.”

The strategy also emphasizes the maritime domain is integral not only to America’s security and prosperity but to those of all nations. The oceans connect global markets, provide essential resources, and link societies and businesses. Shared interests create opportunities for greater cooperation with allies and partners.

As the Services pursue greater integration, to include training and education; capabilities and networks; plans, exercises, and experiments; analysis and wargaming; investments and innovation; and force design, Advantage at Sea states they will collaborate with allies and partners to build capability, enhance interoperability, and generate unity of effort. Alongside allies and partners, the Services will be able to establish sea denial and sea control where and when needed, project power, and hold critical adversary targets at risk.

The entire document is accessible here 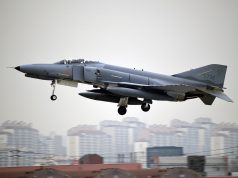