The Republic of Korea Navy has taken delivery of the second Daegu-class frigate from Daewoo Shipbuilding & Marine Engineering (DSME).

The guided missile frigate Gyeongnam was delivered on December 31, 2020, a year and half after its launch in June 2019, the South Korean defense procurement agency DAPA announced.

The Daegu-class is an improved version of the Incheon-class frigates. In addition to the new towed array sonar system, Daegu-class has a 16-cell Korean vertical launch system (K-VLS) that supports the K-SAAM, Hong Sang Eo anti-submarine, and Haeryong land attack missiles. They also also have a quieter hybrid electric drive propulsion system.

DAPA expects all eight frigates to be delivered to the navy by 2023. 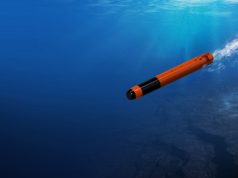