The Chilean Navy has received green light from the US State Department to buy Standard Missile-2 (SM-2) Block IIIA missiles for the two Adelaide-class frigates it acquired from Australia last year.

Chile is looking to equip the former HMAS Newcastle and Melbourne, now known as Capitan Prat (FFG-11) and Almirante Latorre (FFG-14), with up to sixteen Raytheon-built SM-2 missiles.

The potential contract has an estimated value of $85.0 million and includes guidance sections and target detection kits.

“This proposed sale would support Chile’s anti-air warfare capabilities for the two recently transferred former Adelaide-class frigates to the Chilean Navy,” the US Defense Security Cooperation Agency said in a statement. “Chile will have no difficulty absorbing the equipment and services into its armed forces.”

According to information found on the Chilean Navy website, the frigates are armed with Harpoon, SM-2 and Evolved Sea Sparrow missiles, in addition to Mk 32 torpedoes and 76/72 mm Oto Melara guns.

Chile bought the two frigates frigates from Australia in April 2020 in a deal that had a reported value of over $70 million. The ships were sold after entering service with the Royal Australian Navy in 1989 and 1992. 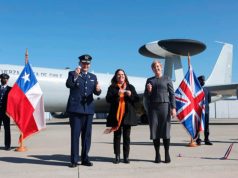 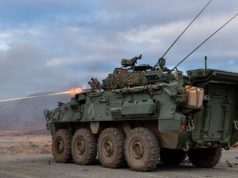