The Nigerian Air Force (NAF) has dismissed reports of the crashed Alpha jet aircraft being shot down by Boko Haram over Borno state.

The service commented several videos shared online purportedly connecting the crash from March 31 with an attack by the islamist insurgency.

Boko Haram claimed the shooting down of the fighter jet, two days after the service lost contact with the aircraft.

While the cause of the loss is yet to be determined, it will certainly affect the country’s capability to contain insurgencies in the northeast of the country.

Nigerian Air Force singled out a video that begins with sporadic shooting by several terrorists, later skipping abruptly to a scene depicting an aircraft exploding mid-air, supposedly as a result of enemy action. Another part of the video showed a terrorist, who, while standing by the wreckage, claimed that they had shot down the NAF aircraft.

“Although the video is still being thoroughly analysed, it is evident that most parts of the video were deliberately doctored to give the false impression that the aircraft was shot down,” the air force said.

“It is obvious that the Boko Haram Sect, in its characteristic manner of employing false propaganda, is seeking to claim credit for what was obviously an air accident that could have been caused by several other reasons; particularly at a time when the capability of the group to inflict mayhem has been significantly degraded by the Armed Forces of Nigeria,” a release from the service continued.

The cause of the crash and the whereabouts of two pilots are still being investigated. 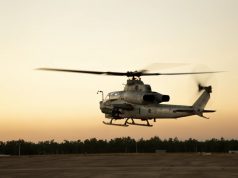 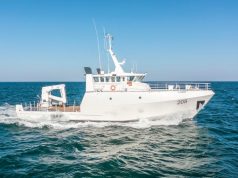 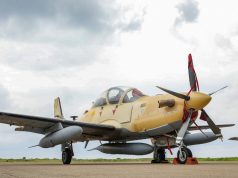